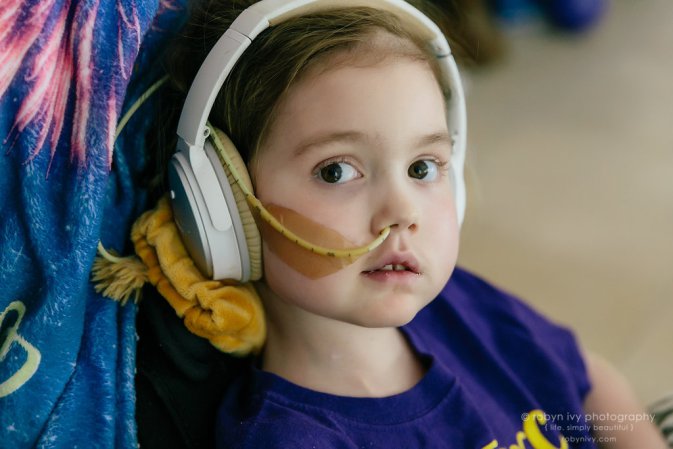 These are all names that, we suspect, mean nothing to you. You don’t know these people. You’ve never met them. Never crossed paths. Never seen their faces. Never heard their stories.

Does this mean that no connection exists? That there’s no link; no tie; no union; no thread?

Not in our opinion.

You see, we’ve never met Luke or Julianna or Parker or Ronil or Kaleigh or Zoé or Camron or Hunter or Alan or Andrea or Annabelle or Kira . . .

Yet their faces are familiar, their stories known.

There is a connection and it’s profound.

The invisible thread that links our lives. The bond that cannot be broken.

Luke, Julianna and Parker, Ronil and Kaleigh and Zoé and Camron, Hunter, Alan and Andrea, Annabelle and Kira, these are the children from Monterrey, the children fighting DIPG, the incurable childhood cancer that we wrote about in the previous post on our blog.

In that post, we introduced Kira, aka Kira Fierce, whose fight came to an end in November.

Gone, but never forgotten, Kira’s courage inspired a battle that continues to rage . . .

It’s a fight for awareness and understanding; to shine a light on DIPG, Diffuse Intrinsic Pontine Glioma, an aggressive brain cancer that has a median survival time of just nine months; to give those in its grip a voice and to tell their stories; to show their faces; to ensure paths cross; to make DIPG history.

This is a fight that is being waged by the indefatigable Kim Beauchamp, Kira’s aunt and a long-time friend of our studio.

Not forgetting Luke, Julianna, Parker and Ronil. Kaleigh and Zoé and Camron. Hunter and Alan. Andrea and Annabelle.

The children from Monterrey, Mexico, where a specialist clinic extends lives and offers hope.

Where families seek miracles. Where stories are shared.

Where paths cross. Where lives link.

Where connections are made that are eternal.

We’ve never been to Monterrey, yet we share in that bond that can never be broken.

In our love. In our hearts. In our Totally Infinity OM, inspired by and created for Kira, Kira Fierce, who showed us that connection lasts forever and no distance can separate two hearts.

When you order this inspirational OM, you will be directly supporting the children receiving treatment for DIPG, a cancer that strikes 4,000 children worldwide every year.

Children like Luke, Julianna, Parker and Ronil. Kaleigh, Zoé and Camron. Hunter, Alan, Andrea, Annabelle and Kira and many, many more.

Read their stories. See their faces. Feel that connection.

For kids, against DIPG.

We are all connected.